Golden Retrievers love tennis balls due to their hunting instincts. A thrown tennis ball behaves similarly to small prey being hunted, bouncing on the ground frantically. This excites them into giving chase. An extreme obsession with tennis balls, however, can lead a Golden Retriever to aggression.

Golden Retrievers are energetic animals that thrive in environments with plenty of exercise. This is due to their hunting instinct — the real reason they love playing fetch so much.

When you throw a tennis ball, the ball bounces erratically when it hits the floor, wall or uneven ground. This result is similar to the way a small animal behaves when being chased. Your dog’s resulting behavior will be to orientate, chase, stalk, grab, bite, and shake the tennis ball. This is all instinctual, stemming from their ancestor’s need to hunt to survive. (See my article: Are Golden Retrievers Related to Wolves?)

Even though the Golden Retriever is a domesticated breed, the instinct to hunt their prey is buried in their DNA. It comes out when they play fetch. Everything your dog does with the tennis ball comes from this deep ancestral need to hunt.

Spending a day at the beach or a lake, running and swimming to retrieve a tennis ball, sounds like a good day to a Golden Retriever. So does spending some time chasing a ball at the park, or even just hanging out in the back yard with someone they love playing catch. Golden Retrievers know that as long as a tennis ball is involved, they’re gonna have a good time!

A Golden Retriever, 6 Tennis Balls, and a Guinness World Record!

In fact, tennis balls bring some Golden Retrievers so much joy they like to have more than one! Take a look at this Golden named Finley. He’s currently the official Guinness World Record holder for the number of tennis balls he can fit and hold in his mouth at one time. He can pick up and hold six balls! What a good boy!

Golden Retrievers Can Become Obsessed With Fetch and Tennis Balls

While tennis balls and fetch are a fun way to get your dog moving during playtime, they can become a problem if your dog becomes overly obsessive and develops an obsessive compulsive disorder (OCD). A dog can play fetch without any breaks and play for hours if they are obsessed with the ball. They’ll skip meals, won’t drink water, and won’t take a break. It can be detrimental to their overall health.

It’s kind of like kids and video games. You have to break the spell by making them get off the computer. It can be the same with goldens. You may have to hide the tennis ball in order to get them to settle down and relax for a while. Otherwise, they’ll play fetch until they literally drop from exhaustion.

In some cases, Golden Retrievers can even become so obsessed with a tennis ball that they become aggressive to other animals or even their owners. If they feel threatened by anyone who approaches their toy, it could result in biting or other forms of aggression.

Signs Your Golden Retriever Might Be Obsessed With Their Tennis Ball

Luckily, there are actually ways to determine if your Golden Retriever is obsessed with a tennis ball. Identifying the behavior earlier will help you correct it before things get out of hand.

Their Body Posture Has Changed

The most significant way to tell if your Golden Retriever has an obsession with tennis balls is to look at their body posture. It will change when the tennis ball comes out. If your dog is obsessed, you’ll notice they enter into a sort of trance the moment they see the ball.

Keep an eye out for any or all of the following changes in their posture:

They Protect the Ball Aggressively

You’ll notice that an obsessed dog will growl or snap at anyone who moves too close to the ball. This will even occur when you and the dog are actively playing fetch.

This aggressive behavior may be most noticeable at locations other than your home. Your dog will be more on guard in these environments, which could result in them lashing out at anyone or any animal that gets too close.

You Can’t Distract Them With Another Toy

Another way to find if your Golden Retriever is obsessed with their tennis ball is if it’s difficult to distract them from fetch. You may find that it’s hard to pull them away from the tennis ball to do anything else, including eating.

While this might not seem like much, it can be dangerous to their overall health. A dog that can’t be distracted by food or treats won’t stop playing to eat or drink water either. They can quite literally play until they collapse.

They Develop Anxiety When the Ball Is Away

When a dog is obsessed with their tennis ball, they can develop anxiety and stress. This can aggravate those feelings of aggression in your dog as they work through feelings of fear and anxiety. There are ways to tell if your dog is stressed out without his ball, (keep in mind that there could be other reasons that your dog is stressed that have nothing to do with the tennis ball).

It’s good to look out for these signs when you study your dog’s obsessive behavior:

There are ways for you to break your Golden Retriever of their tennis ball habits. It’s best to gradually try to incorporate more than one of these options into the new routine. 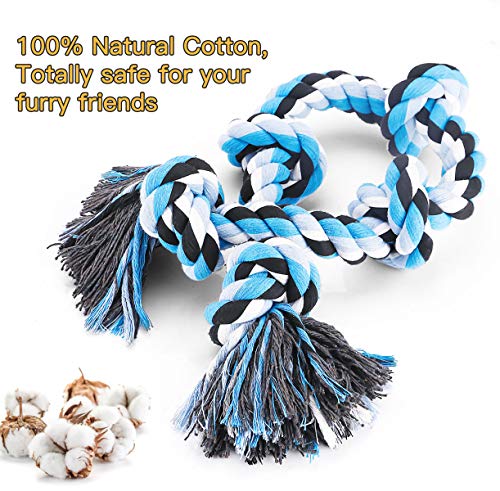 It’s a fact, Golden Retrievers love tennis balls! Regular games of fetch using a tennis ball is a wonderful game to play with your loving Golden Retriever. It’s not only good exercise, but it also resembles hunting prey, which is part of their very nature.

However, it is also possible for them to become overly obsessed with the tennis ball, which can lead to aggression even to their owner. As long as you know the signs of an obsession forming, you can prevent it from going too far.